GET READY FOR NIGHT TIME! 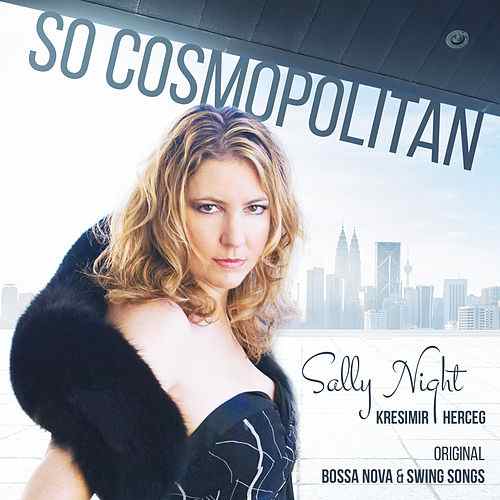 Described by US jazz critic, Scott Yanow, as “a superior singer and songwriter,” SALLY NIGHT is a, New York-based British singer whose latest album is ‘So Cosmopolitan,’ released via the Atlanta-based Global Soul label. It contains ten songs penned by Night with her Croatian co-writer, Kresimir Herceg. The album was recorded with a full orchestra in Zagreb with striking arrangements by Reinhard Summerer. Highlights include the elegant ‘Exquisite Bossa Nova,’ where Night’s voice glides on a silky Brazilian undertow; the sassy swingers, ‘New York Whistle’ and ‘Our Love Is Still Alive’; and the breezily soulful ‘Sweet Stories,’ where Night’s mellow voice is counterpointed by Bertl Meyer’s bittersweet harmonica lines.

Not on the album is Night’s new single, ‘My Best Bad Habit,’ a succulent slice of Anita Baker-ish soul-jazz balladry, also out via Global Soul.

For more information go to: https://www.sally-night.com/