GET OUT ON THE FLOOR! 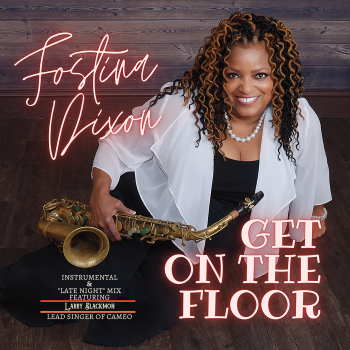 FOSTINA DIXON might be a new name to you but you may well have heard her playing. You see, the saxophonist has played (live and sessions) with a litany of top names including Roy Ayers, Tom Browne, Prince and Marvin Gaye – she was a key member of his touring band for four years.

She’s  also is the leader of the Winds Of Change band and works solo too – her last solo album being ‘Vertical Alignment’ and right now she’s busy promoting a new single… ‘Get On The Floor’. Not a particularly original title but with such a driving, sax-led groove that titling is hugely appropriate. This ‘Get On The Floor’ is both soulful and jazzy and recalls some of those great old David Sanborn tunes. The cut come in two takes – a straight and tough instrumental and a kind of vocal version – with growls and spontaneous input from a certain Larry Blackmon of Cameo. It’s out now!