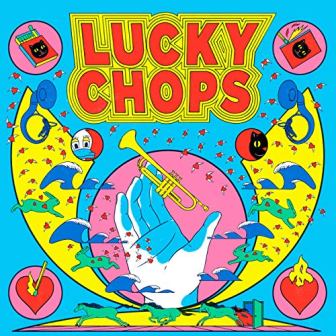 LUCKY CHOPS bill themselves as “New York’s premier brass funk band”…. well on the evidence of their debut, eponymous LP, they certainly are brassy and funky – but we’ll let you decide for yourselves their status in the world of US brass funk bands!

Lucky Chops, we’re told is an essentially a quintet, though my copy lists eight players – so I guess some are, well, guesting. The band first came to the fore via a series of inventive cover songs that have amassed millions of plays via Spotify and other platforms. The most famous one was a mash up of Lipps Inc’s ‘Funky Town’ and James Brown’s ‘I Got You’. Now you can enjoy their quirky sounds via a whole 11 track album. The lead single is a shifty, boppy ‘Traveller’ that fully captures the way Lucky Chops meld sounds and genres into something quiet unique. You can check the video to get the flavour… album, single and video out now!