GET IN THE MOOD… AGAIN! 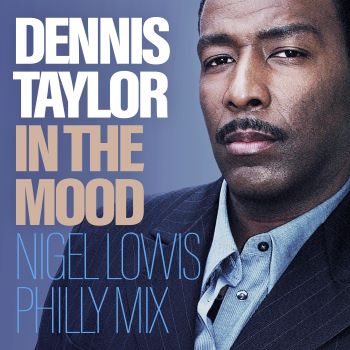 Who says there’s no future in nostalgia! So, wind back that clock to the early 2000s and if you were out there back then you’ll have fond memories of New Jersey soul man DENNIS TAYLOR. Working with Dome Records, his smooth take on contemporary soul seemed everywhere. And why not? It offered lots and was always easy on the ear – no early noughties soul night was complete without a Dennis Taylor track or two or three!

Now, out of nowhere it seems, Dennis is back – well, not actually the man himself – his music. We’re told Dennis and his various teams are working on a remix album featuring most of his best known songs.

It’s due this summer, but while we wait, the first of the remixes is about to be released as a single – it’s a new look (two actually!) at one of Mr T’s best loved songs, ‘In The Mood’. The first update comes courtesy of mix master Nigel Lowis who gives ‘In The Mood’ a lovely, subtle Philly flavour – hardly surprising given ‘ole Nige’s penchant for all things Philly! It is quite lovely.

Equally tasty is the “Altra” remix. This one comes courtesy of Darryl James assisted by Christian Okami. You might remember that James  co-authored the song with Fred McFarlane and Dennis and he ups the energy just a little – but the cut remains sweet, smooth and sophisticated.

Both these worthwhile mixes of ‘In The Mood’ will be good to go via Dome  from March 25th. Nostalgia never sounded so good!