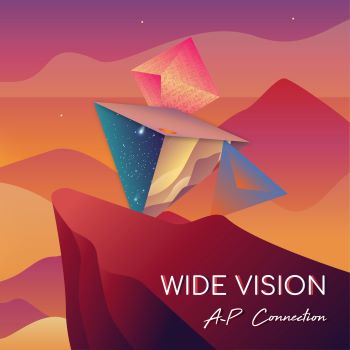 A-P CONNECTION is a French band – essentially the soul and funk loving duo Antoine Perez and Pierre Bonnet – hence the name. They were  formed in Reims in 2012 when they discovered they enjoyed the same music – above all the funk and disco of the 70s and 80s.

Their first album was 2014’s sparse ‘Stellar Groove’ but as the duo grew in confidence and as their reputation spread their sound became  bigger and more ambitious as they drew in some well-known players and vocalists to join them in their mission.

Enjoy the fruits of all that spade work on A-P Connection’s just released (and fourth) album, ‘Wide Vision’. The 16 tracker is an unashamed homage to the glitter ball era and helping Antoine and Pierre deliver is an impressive list of vocalists. Best known names amongst them are probably Joyce Sims and Junior. Mr G fronts two cuts… ‘1,2,3,4, The Beat Goes On’ and ‘Nothing We Can’t Do Together’. Both have an irresistible vibe that the title of the former invokes. Joyce Sims takes lead on ‘Today, Tomorrow, Forever’ – a driving slab of disco funk propelled by a loping bass line.