GET CLOSER TO DAN… 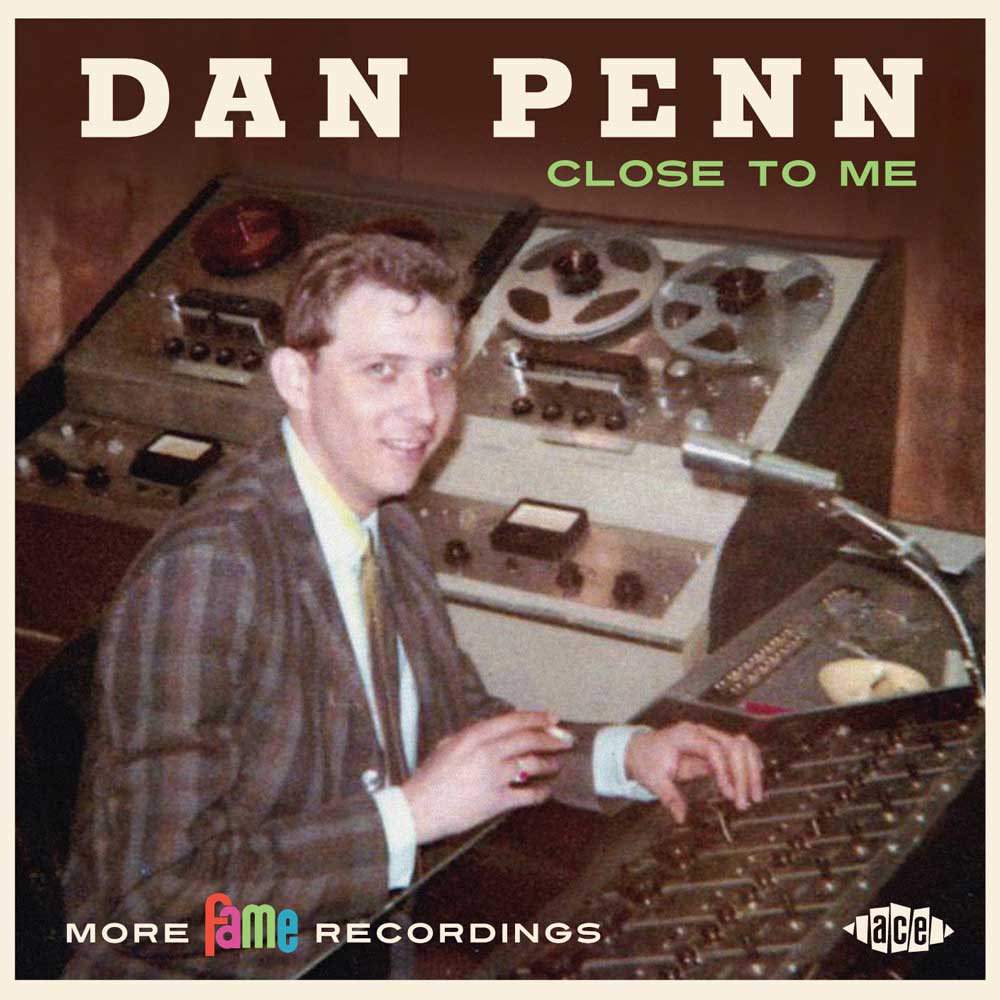 Southern soul stalwart DAN PENN and his work at the FAME studios has been lovingly curated by UK reissue specialist Ace Records. The label – as a follow on to their acclaimed 2014 Penn retrospective – now offer another 24 rare Penn cuts spanning the years 1963- 1967.

Penn, of course, is primarily regarded as a backroom man…. writer, musician and producer, but equipped with a fine blue-eyed soul voice he did dabble with his own singing career and this new album features two of his stabs at singing success. First up there’s the lovely ‘Close To Me’ –the song which gives this collection its umbrella title. It’s a quaint but quite lovely easy-on-the-ear groove featuring a bass vocal part from Hurshel Wiginton and bvs from future country hit maker Sandy Posey. Despite its charm, it didn’t do too much. Ditto the follow up ‘Just As I Am’ from which the b-side, ‘Diamonds’ is included here.

Apart from those two tracks everything else here is previously unissued … mostly quality demos meant to be pitched at whom Penn considered “proper” artists. Southern collectors, though, will recognize some of these songs from versions by other artists. Amongst ’em are ‘Reaching Out For Someone’ that was eventually recorded by Chess’ Bobby Moore in 1967, the Sam Cooke-flavoured ‘So Many Reasons’ that was recorded quite differently by James and Bobby Purify and ‘You Really Know How To Hurt A Guy’ which became a vehicle for Jimmy Hughes.

The included songs are all Penn originals – some are collaborations with people like Quin Ivy and, of course, Spooner Oldham. The musicians include people like David Briggs, Junior Lowe, Roger Hawkins and Jimmy Johnson so don’t be fooled into thinking that this is chiefly a set of flimsy, half-hearted demos; no, this is a proper Southern soul album that will grace any collection. Expect some surprises too… like the obviously Motown-influenced ‘Destroyed’ (is that the ‘I Can’t Help Myself’ riff in there?)