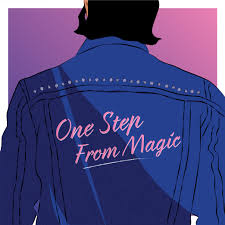 CARTER AND THE CAPITALS are a blue-eyed soul band fronted by LINDON CARTER. The Capitals are – Eric Wildeman, Eric Doucet, Ali Mirzaie and Sam Malowany and, formed in 2015, they hail from Edmonton, Canada. Right now, apart from serious gigging, they’re working on their debut album –set for an autumn 2018 release.

In the meantime, the band have just released the first single and ‘One Step From Magic’ is a lovely, sweet slab of blue-eyed. Mr Carter possesses a properly frail, soulful falsetto and he works it to good effect on the catchy, earworm melody and, a little thing maybe, but the cut has a great, old school ending.

Find out more about the band this lovely single @ www.carterandthecapitals.com