GET BACK TO LOVE! 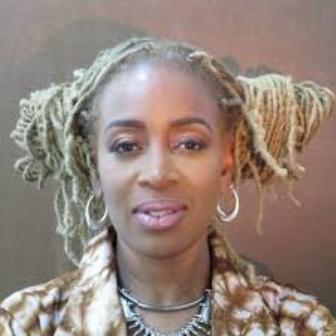 J.B. ROSE is a real arts multi tasker with a varied career dating back to 1983. Then, a young Ms Rose embarked on a singing and acting career and in the years since, she’s recorded performed, written books and plays and mentored young people in performance arts. Amongst her achievements is helping write ‘Brothers and Sisters’ (the UK’s first black soap drama) for the BBC. Her first love though is singing and she made her debut solo album in 1998!

Now she performs regularly with her band and she’s worked with people like Bugz in the Attic, Swayzak and 4-Hero. Ms R is also a committed vegan and it seems she has her own YOUTUBE channel   dubbed “Soul diva and Singing Vegan Mum”! Don’t know too much about veganism but soul wise, she really is a fine performer as witnessed by her latest single – a sweet and melodic modern soul dancer with an old school feel, ‘Back To Love’. It’s a collaboration with Neville ‘2b3’ Thomas who’s worked with people like D’Angelo, Erykah Badu and Beverly Knight and JB’s ‘Back To Love’ is reminiscent of some of Ms Knight’s best.

JB says “I wrote ‘Back To Love’ to be thought provoking, but also raise people’s spirits at a time where there seems to be little hope. The song was originally written last September just after the murder of my little cousin Andre Bent, at a point where I was feeling very disheartened by the amount of deaths on the streets. It feels right to release the song now, at this time when it seems so relevant for what’s going on. It speaks to people’s true nature, encouraging everyone to lean on one another and remember that we have each other, we have love.”

‘Back To Love’ comes recommended … both in its retro-flavoured original mix and in a sweet “acoustic mix”. Out now