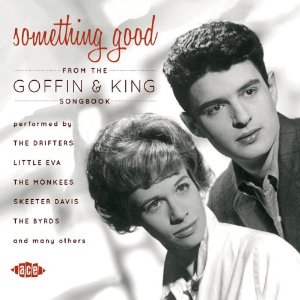 Legendary lyricist GERRY GOFFIN died on Wednesday 18th June at his home in Los Angeles. His wife, Michele Goffin, reported his death while his agent reported that death was certified as “natural causes”. Best remembered for the songs he wrote with his then wife Carole King, Goffin penned more than 50 top 40 hits including ‘Up On The Roof’, ‘You Make Me Feel Like A Natural Woman’, ‘Will You Love Me Tomorrow’ and ‘Savin’ All My Love For You’.

Gerry Goffin was born in Brooklyn in 1939 but grew up in Queens. While studying at Queens College he met aspiring songwriter Carole King and they married in August 1959. He was 20, she was 17. On graduating Gerry worked as a chemist and Carole was a secretary but Carole, in particular, believed they could write successful songs together and they regularly submitted material to the song publishers clustered around New York’s Brill Building.

They were soon hugely successful penning hits across the pop and soul genres. Amongst their earliest achievements were – ‘Chains’ (the Cookies, covered by the Beatles, of course), ‘One Fine Day’ (the Chiffons), ‘The Locomotion’ (Little Eva, their home help), ‘Cryin’ In The Rain’ (The Everly Brothers), ‘Up On The Roof’ (The Drifters), ‘I’m Into Something Good’ (Earl-Jean, covered by Herman’s Hermits), ‘Take Good Care Of My Baby’ (Bobby Vee), ‘Hey Girl’ (Freddie Scott) and ‘Goin’ Back’ (The Byrds). Maybe their greatest achievements though were the evergreen ‘Will You Still Love Me Tomorrow’ (The Shirelles) and ‘You Make Me Feel Like A Natural Woman’ (Aretha Franklin).

Goffin and King divorced in 1968 to pursue separate careers with Gerry going onto write many more hits including Whitney Houston’s ‘Savin’ All My Love For You’ and Dianna Ross’ ‘Theme From Mahogany’ –a collaboration with Michael Masser.

Gerry Goffin is survived by his wife and five children.

In a statement Carole King said, “Gerry was a good man with a dynamic force, whose words and creative influence will resonate for generations to come. His legacy to me is our two daughters, four grandchildren, and our songs that have touched millions and millions of people, as well as a lifelong friendship.”

For his part Gerry Goffin once said, “After I split from Carole, most of the women I lived with didn’t care for any of my music – they always brought home the next Dylan album. I gave up trying to be a great lyricist and just tried to be an adequate one”.