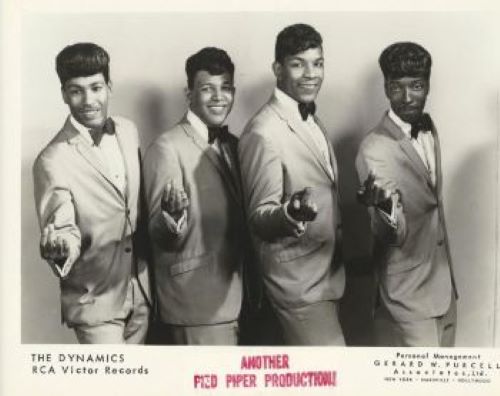 No details are currently to hand but it’s being reported that GEORGE WHITE of soul group, the Dynamics has recently  died. White was the group’s lead vocalist and he was known for his soulful falsetto .

The Dynamics hailed from Detroit and  though never major players they did enjoy local success and became  popular with serious soul collectors. The core of the band was George White, Zeke Harris, Fred “Sonny” Baker, Samuel Stevenson and Zerben Hicks and their first hit was 1963’s sweet, harmonic ‘Misery’ which was later re-worked by the High Numbers who, of course, soon became the Who, as ‘Zoot Suit’. Other popular Dynamics’ recordings were ‘I Need Your Love’ (a great, stomping Pied Piper production), ‘Bingo’ and ‘Surely’. For a time the Dynamics were managed by Aretha Franklin’s husband Ted White. Its believed that Sonny Baker is the last surviving member of the group.