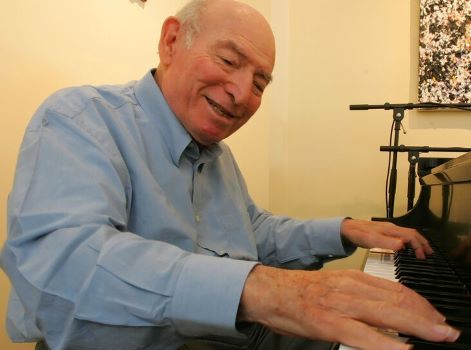 Famed jazz entrepreneur GEORGE WEIN died on Monday September 13th. He was 95. Wein was a trained piano player but will be best remembered as a jazz promoter and club owner – founding (amongst others) the influential Newport Jazz Festival, the Newport Folk Festival and the New Orleans Jazz and Heritage Festival.

Of Jewish heritage, Wein learned piano as a child  and formed his first band at high school. After military service he opened the famous Storyville Jazz Club in his hometown, Boston. In 1954 at the request of the Boston jazz fraternity he set up the Newport Jazz Festival – establishing a pattern that he and many others followed in future years, worldwide.

In his long life Wein received an array of honours for his work in jazz promotion, including Patron of the Arts  from the Studio Museum of Harlem. In 2005 he was named a “Jazz Master” by the US National Endowment for the Arts and he was a member of the Board of Directors Advisory committee of the Jazz Foundation of America. He was even awarded the French Legion D’Honneur for his work. The French, of course, know a thing or two about jazz festivals – all down to George Wein!