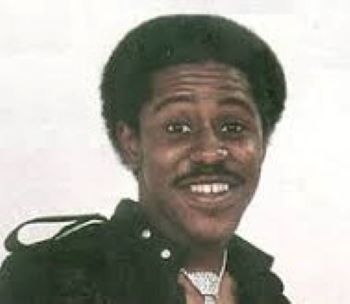 We have belatedly learned of the death of STARPOINT lead vocalist GEORGE PHILLIPS. It seems that George died on February 3rd at the University of Maryland Howard County Medical Centre. He was 68 and lived in Columbia. Cause of death was given as sepsis.

Phillips was born in Washington DC and as a child learned French horn. As a young man he formed a musical group with his brothers and friends which eventually morphed into Licyndiana, named after Phillips’ mother and sisters. That group eventually became Starpoint and the band debuted in 1980 with the album ‘Starpoint!’ from which ‘I Just Wanna Dance with You’ became a hit. By this time, the band included three of his brothers and singer Renée Diggs. Their biggest hits were ‘Object Of My Desire’ and ‘Restless’. The band also toured extensively with people like Isley Brothers, Frankie Beverly and Maze, Luther Vandross, Morris Day and the Time, the O’Jays, the Pointer Sisters and Kool & the Gang.

After the band folded George became a manager in the community health department of the Anne Arundel County Department of Health where he worked on rehabilitation and addiction recovery programmes. He was a vociferous advocate for a system of care that met the needs of some of the most vulnerable people. In 2014 he received an honorary doctorate of humane letters from the New York College of Health Professions for “for his work of being a powerful voice for the underrepresented and marginalized.” He retired from post in 2018.