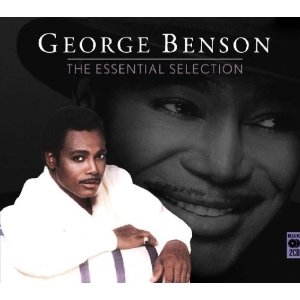 Agency reports from the States say that JACKSON passed on 14th April after a long battle with cancer – the irony being that after a long and sporadic career he was just enjoying some success thanks to the reissue of much of his back catalogue by the UK specialist label, Ace/ Kent (see our reviews archive for details of recent GEORGE JACKSON reissues).

GEORGE HENRY JACKSON was born in 1936 in rural Mississippi and as a teenager he began writing songs – drawing the attention of IKE TURNER who took him to New Orleans where he worked with the legendary COSIMO MATASSA. JACKSON eventually pitched up in the Memphis/Muscle Shoals area where, variously, he worked for FAME. Muscle Shoals Sound, Goldwax and Hi. Though he made his own records (most of ’em unsuccessfull) label bosses saw him as a great songwriter and JACKSON tunes were recorded by dozens of soul artists including IKE and TINA TURNER, JAMES BROWN, WILSON PICKETT, CLARENCE CARTER and ZZ HILL

JACKSON however earned most royalties when his songs were picked up by pop and rock artist like THE OSMONDS (‘One Bad Apple’), BOB SEGER (‘Old Time Rock N Roll’) and YAZZ (‘The Only Way Is Up’) and most commentators believe that it was the continued success of his songs that took away his ambition to become a star in his own right… still, you can enjoy his unique style on those aforementioned Ace/Kent releases. They feature most of the songs he recorded in his own right and demos of many of the best that he “gave away”.