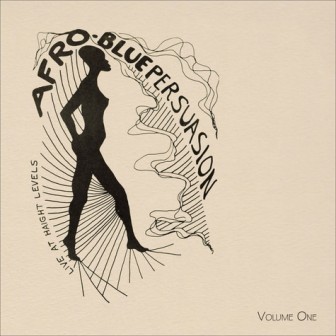 AFRO-BLUE PERSUASION were a late 60s West Coast jazz combo led by vibraphonist Ulysses Crockett. The rest of the band consisted John Miller (piano), Harold Haynes (congas), Robert Belinksy (drums) and Robert Bing Nathan (bass). Their brand of Afro-Cuban jazz won them lots of support in and around the Bay area but, oddly, they recorded infrequently.

However in 1967, the group’s performance at The Haight Levels club was taped and after laying dormant for 52 years, Mo-Jazz Records are set to issue the recording in a de-luxe vinyl format. The five tracker is a mix of originals and covers – like ‘The Girl From Ipanema’. The cut that is causing excitement amongst genre collectors is the almost 11 minute ‘Philadelphia Mambo’… full on Afro-Cuban.

Afro-Blue Persuasion’s ‘Live At Haight Levels’ is released on Mo-Jazz on 25 January and we’re told there’s a second volume on the way in March.