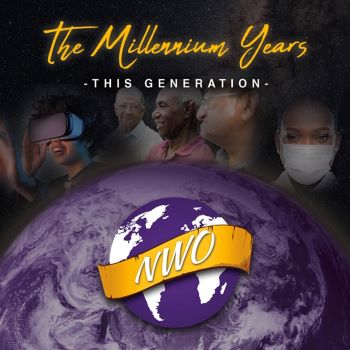 N.W.O. (New World Order) is a seasoned session and live performance trio with two singles under their belts! They comprise Lenny Harris, Gilbert Pryor and Wondel Brown and came together in 2016 with an aim to create a 70s style fusion of R&B, Pop and Rock. Between them, they’ve performed with plenty of big names including Aretha Franklin, Lloyd Price, Gladys Knight, Chante Moore, Melba Moore, Ronnie Laws, Barry White, Wilton Felder, Al Johnson, Walter Beasley, The Dells, Temptations and the Four Tops.

While we wait for their album, ‘The Millennium Years’, they’ve just released a new single – a big and brash ‘This Generation’. The song was written by former guitarist with The Commodores and Earth Wind & Fire, Sheldon Reynolds and Ralph Johnson of Earth Wind & Fire. It was produced by Jamil “Face” Johnson (Raheem DeVaughn’s producer).

N.W.O. say; “This Generation is our attempt to bring a message to humanity that we need to work together as one race, The Human Race.” It’s out now.