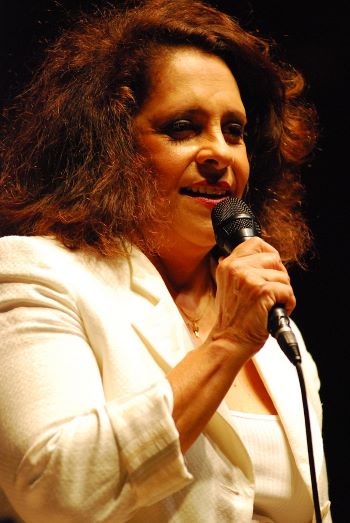 Pioneering Brazilian singer GAL COSTA died on Wednesday 9th November in Sao Paulo, Brazil. She was 77. No details have been given save that Ms Costa recently had to cancel some concerts on doctor’s orders after an operation but had planned to return to the stage next month in São Paulo.

Gal Costa was born in the north-eastern Brazilian state of Bahia, a centre of Afro-Brazilian culture and in her career she  recorded more than 30 albums. Her best known songs included ‘Que Pena’, ‘Chuva de Prata’ and ‘Divino Maravilhoso’.  She was known for a carefree, hippy style and amongst her musical collaborators was Gilberto Gil who said he “very sad and shaken by the death of my Gaúcha sister Gal Costa”.

Ms Costa was a long time vocal supporter of Brazilian politician (and now President Elect) Luiz Inácio Lula da Silva. When news broke of his win in Brazil’s presidential elections just two weeks ago, she posted a picture on Instagram with the caption: “Love won against hate! President Lula!” Today he said: “Her talent, technique and audacity enriched and renewed our culture, rocked and marked the lives of millions of Brazilians,”