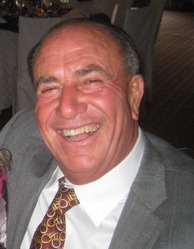 American record label owner and music biz entrepreneur GABE VIGORITO has died. In the soul world Vigorito was best known as the founder and guiding light of De-Lite Records – home, of course, to Kool and the Gang, Crown Heights Affair and the Kay Gees.

In New York music circles Gabe was known as one of the last great indie music men … a throwback to those who ran labels like Vee-Jay, Chess, All Platinum, Scepter and Wand at a time when the business was becoming dominated by major labels run by faceless bean counters.

Like many indie label owners Vigorito was always quick to make sure his name was on the credits of his label’s output. So, you’ll find his name as Exec Producer on many of Kool and the Gang’s hits – including their biggest, ‘Celebration’. Whether he actually had much input is debatable, of course.