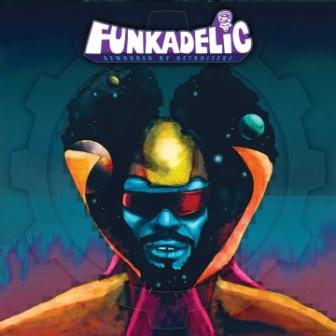 The whole Funkadelic/Parliament music nexus is the stuff that legends are made of. The circus defied categorization and their influence has been immense – especially in their Detroit base. And to prove the point Westbound Records have just issued a quirky and crazy 2 CD, 17 tracker which offers new Detroit spins on a set of Funkadelic classics and lesser known gems!

The music’s been put together by people like Amp Fiddler, rock band the Dirtbombs, mixer Carl Craig and the wonderfully named Gay Marvine who takes a look at ‘Undisco Kidd’ – giving you the flavour of what to expect – yes, right, the unexpected!

FUNKADELIC: Reworked By Detroiters is out now on Westbound