FUNK IN A MAJOR KEY! 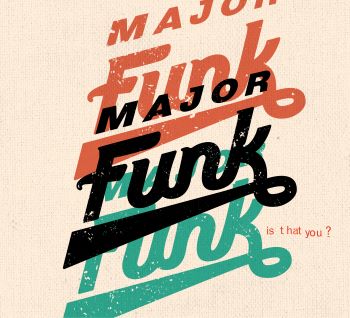 MAJOR FUNK is a Canadian soul and funk band marshalled by bassist Etienne Girard. They were founded in 2014 and made their record debut in 2018 with the EP ‘Thoughts’. Since then, they’ve gigged hard and worked on a follow up release, but we all know what happened in 2020! The gigs (including the prestigious Calgary Stampede) dried up, but, undeterred, the 7-piece worked on their music (often remotely) – crafting new songs and preparing videos. And the result of all the effort is a brand new long player – ‘Is That You?’ – set for release on March 19th. The title, by the way, is a reference to the pandemic when video calls were the order of the day. They say “the title is both a rhetorical question and something we repeatedly said to each other during recording. It also is the first line of the album’s first song!”

That first song, by the way, is ‘Stand Up’ which kind of defines the album’s signature sound – a soul-based take on brassy funk. In many ways Major Funk’s sound reminds me of the Brand-New Heavies. It’s certainly not the tough sparse funk of, say, James Brown or Dyke and the Blazers, which the band’s name (Major Funk) might suggest. The one cut that comes close to classic, old school funk is ‘That’s Way’ – stuffed with chinking guitars, blistering brass and a feisty vocal courtesy of Selina Hayligers-Hare (who also doubles on keys and guitars).

The band’s other lead singer is Adrian Burrill. Adrian also plays mean trumpet but it’s his lead vocal (supported by Ms Hayligers-Hare) on one of the album’s highlights – the brassy, melodic ‘Got To Get Through’. Amongst the other noteworthy tracks are the gentle builder that is ‘In Control’ (sweet a-cappella opening here) and the jazzy ‘Romantic’.

Major Funk’s album, ‘Is That You?’ will be released on March 19th though the LP’s title cut is out now as a single.