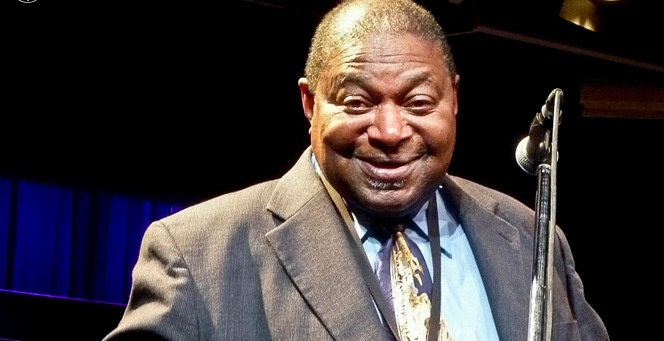 Through February, March and April Ronnie Scott’s, Soho club will be hosting what can best be described as a festival of funk! Over the next few months the iconic jazz venue will be featuring genre giants PEE WEE ELLIS, THE BLACKBYRDS, THE FATBACK BAND and CYMANDE!

Pee Wee Ellis (pictured above), the legendary James Brown sideman, will be at Scott’s for two nights…. Friday 10th and Saturday 11th February. Ellis will be backed by his own band, The Pee Wee Ellis Assembly and funk a plenty is guaranteed from the sax man.

The Blackbyrds will be walking in rhythm for four nights – Wednesday 15th – Saturday 18th February while the Fatbacks will be doing the bus stop for one night only – Wednesday 1st March.

Fans of Cymande will have to wait till April for their gig. They’re at Ronnie Scott’s from Thursday 27th – Saturday 29th April.