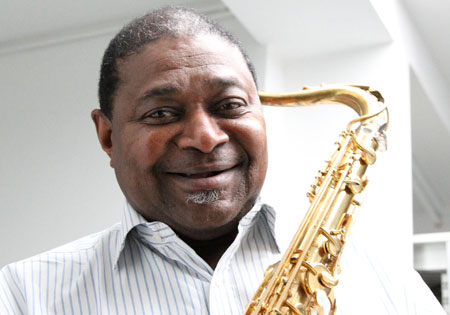 Ellis, of course, was a key member of James Brown’s bands in the 60s and he later re-grouped with fellow Brown funksters Fred Wesley and Maceo Parker to form The JB Horns recording albums that many say defined the sound of jazz funk.

Fans know too that Ellis has a formidable CV beyond his work with Brown. He’s worked as an arranger and Musial Director for CTI Records and collaborated with the likes of George Benson, Hank Crawford, Dave Liebman, Van Morrison and most recently Ginger Baker and now he’s put together The Pee Wee Ellis Assembly, with whom he performs for two special nights at Ronnie Scott’s.

The shows take place on Thursday 5th February, Friday 6th February and Saturday 7th February. For the Friday and Saturday show Ellis will be joined on vocals and guitar by Huey Morgan…. frrontman of Brooklyn’s Fun Lovin’ Criminals and eclectic Radio DJ.