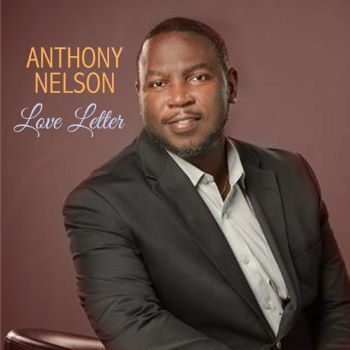 ANTHONY NELSON is an up and coming US gospel singer who’s already enjoyed success with ‘Deeper’, Everyday’ and ‘Undeserved’. Gospel fans will be aware of the songs.

Fronting the Overcomers, Anthony is preparing an album. It’s due in the autumn, but as is the modern way, our man’s just released the set’s first single to whet appetites. The song is called ‘Love Letter’ and it’s a powerful,  building tune  that, lyrically, is a love letter of gratitude to Anthony’s god. Co-written by Anthony and Shanzel Willis and produced by Anthony with Desmin Gore, Anthony delivers with old school soul/gospel authority  and though the message is based in gospel tradition, it works just as well in a secular setting. So, maybe, instead of texting and tweeting, why not send someone you really love a proper love letter!