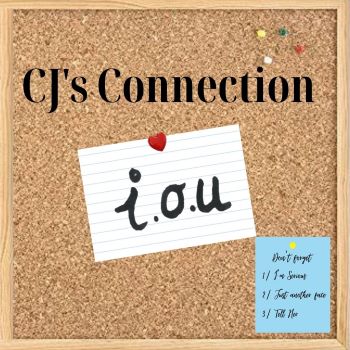 For his latest outing CLIFF JAMES (in his CJ’s Connection guise) has resurrected a veritable oldie … Freeez’s 1983 cut  ‘I.O.U.’. Anoraks will tell you that the song was written and produced by Arthur Baker and mixed by Jellybean Benítez and went on to become Freeez’s most successful recording.

Those with long memories may remember that at the time serious clubbers/dancers felt that somehow Freeez had “dumbed down” their sound for commercial success. That, of course, is a matter of opinion, but might explain why Cliff (CJ) has decided to revisit the song. He says that he wanted to present it how the band might have done it if they’d used the “soulful leanings of their previous releases”. You can make up your own minds when CJ’s Connection’s ‘I.O.U.’ wins release on March 26th.