FROM THE VAULT … WITH LOVE 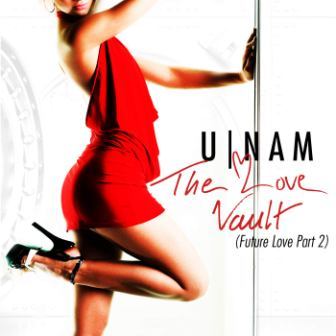 Doesn’t seem that long ago that we were enjoying a new album from soul/jazz guitarist EMMANUEL “U-NAM” ABITEBOUL. ‘Future Love’ was a classic guitar-led smooth jazz set and featured a new take on Luther Vandross’ ‘Get It Right’. That was followed by the single ‘Soul Walkin” – a jaunty foot tapper that had only been available on Japanese versions of ‘Future Love’. Demand, though, was such that U-Ham has decided to make’ Soul Walkin” a focus track on another new long player… ‘The Love Vault’. However, “new” isn’t quite the right adjective. You see most of the cuts come from U-Nam’s extensive archive (hence the album title) and he says that this has given him the opportunity to re-visit old friends and offer things that have been hidden away for far too long!

The album boasts plenty of tight soul grooves like the aforementioned ‘Soul Walkin”… things like ‘Love Potion’ but there’s plenty of variety. Amongst the highlights is a sweet ‘Sexy Fresh’ – a lush production that might call to mind some of Barry White’s work with Love Unlimited. ‘Hear My Dear’ (a nod to dear old Marvin) is another shimmering production with Magdalena Chovancova on saxes. There’s also a couple of vocoded items and you can also enjoy U-Nam’s recent high profile outing with James Day under the name JD’s Time Machine. The track, of course, is ‘Celebrate Your Body’ – a big summer tune and great to have it on ‘The Love Vault’ which is released on Skytown records on October 11th.