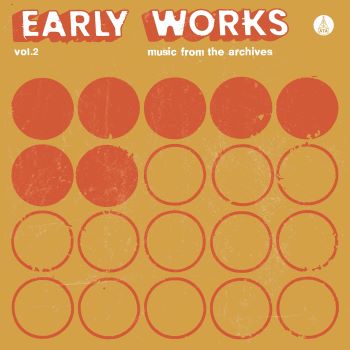 ATA RECORDS is a lovely, little boutique soul and jazz label operating up there in Leeds. The label has  its own studio, uses the same core of musicians as a studio band while “ATA” stands for “All Things Analogue” which should give you a clue as to where they’re all coming from. The whole set up was founded by Neil Innes who’s also a mean bassist and member of one of the label’s flagship acts, The Lewis Express.

ATA is gearing up to release an intriguing complilation, mid-June… ‘Early Works, Vol. 2: Music from the Archives’. That title sort of sums it all up – yep, a second volume of music from the formative years of the label, much of it previously unreleased.  Tracks getting their first airing include tunes from The Harmony Society and The Disarrays while other artists on the album include The Magnificent Tape Band, The Sorcerers, The Mandatory Eight, Ivan Von Engleberger’s Asteroid and Earl Dawkins.

Most in-demand cut on the set is ‘Bang Bang Boogaloo;’ from the Joe Tatton Trio (who, by the way, have just released a new album; see our news archive). This ‘Bang Bang Boogaloo’ is a lovely slab of soul-jazz. Think ‘Cool Jerk’ meets Ramsey  Lewis. Little wonder that its built up a real underground following.