FROM RUSSIA WITH LOVE! 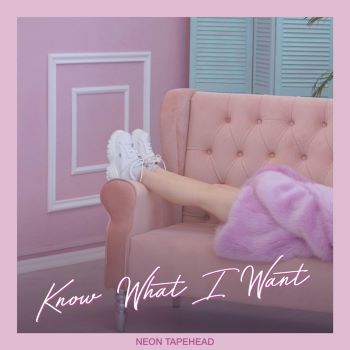 Russian soul? Well can’t recall too many soulsters from the frozen steppes or the precincts of the Kremlin, nor, I’m guessing, can you. Well that’s all set to change as Moscow based band, NEON TAPEHEAD launch their debut single at Western ears.

The band were formed in 2016 by synth player Dmitry Ursul and he’s aided by drummer Aleksander Kovalchuk and bassist Dmitry Votintsev. Fronting the Tapeheads is a powerful lead singer, Maya Shonia and Ms S really shines on ‘Know What I Want’ – a wonderful mix of sassy sexiness and feisty feminism.

The band are inspired by 80s electro funk, r&b and early house music and cite key influences as Kool & The Gang, Zapp, Con Funk Shun, The GAP Band, and Rick James and you can hear shades of them all (and more) on the energized and funky ‘Know What I Want’.

The band say: “This song was written and produced with influence of 80’s Electro Funk and Early 90’s house with a slower tempo. We tried to mix different elements of these styles into the one song. The main meaning behind this song is that you shouldn’t be shy with your wishes or goals. Just ask yourself about what you want right now and then go and get it! Brrr POW!” Now you know!

Neon Tapehad have spent the last few years performing live shows in Moscow, where they were discovered by US-based NexGen Music. ‘Know What I Want’ is the first release on the label from their debut EP coming out in December 2020.