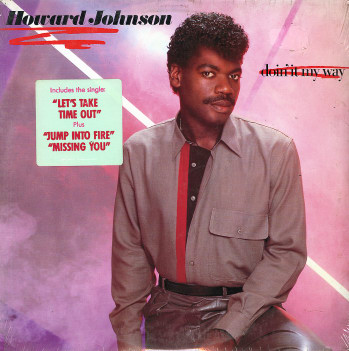 Dutch reissue specialists Vinyl Masterpiece are about to put three collectable late-’70s and early-’80s albums back in circulation via their PTG label.

Two of them are from Miami singer HOWARD JOHNSON. The label has already reissued Johnson’s 1982 A&M debut ‘Keepin’ Love New’ (it contained Johnson’s biggest hit, the Kashif-penned ‘So Fine’) and now follows it up by re-releasing the singer’s two other albums for A&M, 1983’s ‘Doin’ It My Way,’ helmed by The System’s Mic Murphy and David Frank and 1985’s ‘The Vision,’ which contains material penned and produced by Jimmy Jam and Terry Lewis.

Also on PTG is the eponymous 1978 Motown album by the Ohio sextet, SWITCH, which features their debut chart hit, ‘They’ll Never Be,’ a Top 10 US R&B smash.

Look out for reviews soon at SJF