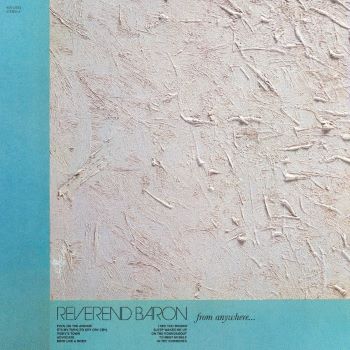 REVEREND BARON is the music making alter ego of  Danny Garcia – a sometime California skateboard star. He explains his transition to music maker – “I’ve always played music but the last 10 years have been a little more (devoted) to playing with different people and learning different things and advance myself in a different direction. When I was young, I watched skate videos all the time. At that point, the ’90s and early 2000s, Skateboarding videos didn’t have to get rights to use music, because they were all small-scale – they just got away with it. They could just use anything, so I heard Van Morrison’s stuff and the bands Love, Cream and things like that”. Consequently Garcia decided to make his own music and he puts it out as “Reverend Baron” – a quite random choice with no real logic (according to his web site).

Hear what skateboarder turned singer/songwriter sounds like on the good Rev’s new album, ‘From Anywhere’. The PR with the release is vague and enigmatic, describing the music as  “visions of liquor store East LA, the off-the-freeway dry mirage of slow motion graffiti and lonely seagulls. A nylon stringed zen fog with themes of woozy love, layered dimensions of nostalgia and glazed neighbourhood tales that roll in with a natural ease. “ You get the picture?

For sure, this is not soul but the 10 tracker has an enigmatic charm and there is a blue-eyed soul feel to some of the tracks especially the lithe ‘It’s My Turn (To Cry, Cry, Cry’).

If you fancy something a little different, authentic, experimental even, you may want to investigate here. It’s out now via Karma Chief Records/Colemine – the sort of label you’d except for music like this!