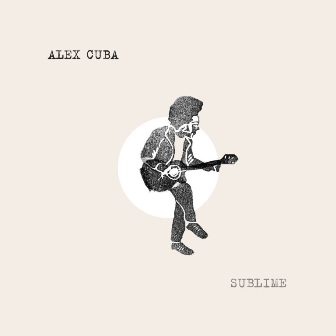 ALEX CUBA was born in Cuba (honest!) but now works out of British Columbia, Canada, where he makes music in his garage (honest, one more time!). His new release (out September 20th.) is an album called ‘Sublime’. He says: “It’s the perfect title for the project… It had to strike a chord with his Spanish- and English-speaking listeners. One day I was listening to the masters, having a coffee, and all of a sudden the word crosses my mind: ‘Sublime'”.

On the album, Alex plays every instrument but has chosen to share vocals with some big Latin names: Alex pairs his voice with some of Cuba’s brightest lights: Pablo Milanés, a founder of the Nueva Trova sound; Omara Portuondo, the vocalist of the legendary Buena Vista Social Club; and singer-songwriter Kelvis Ochoa, the Cuban vibes king. Indeed the duet with Pablo Milanés ‘Hoy Como Ayer’ is the album’s first single – out August 23.