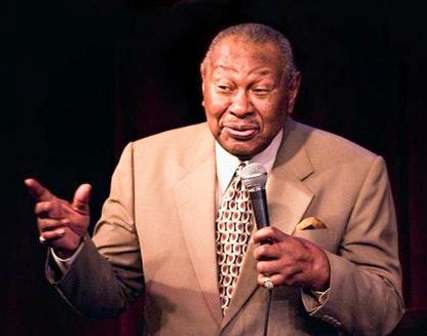 Singer FREDDY COLE died on Saturday 27th June. He was 88 and his manager, Suzi Reynolds said cause of death was given as complications from a cardiovascular ailment.

Freddy Cole was one of those artists who’s maybe more famous through family connections than for his own achievements.  The Chicagoan was, of course, the brother of Nat King Cole and the uncle of Natalie but he did enjoy a long and distinguished career of his own – steadfastly refusing to trade too heavily on that famous family name. Indeed his signature song was ‘I’m Not My Brother, I’m Me’ and in that long career, often fronting his own quartet, Freddy won several Grammy nominations in his own right… most recently, last year for best jazz vocal album for ‘My Mood Is You.’

In his career, Cole released dozens of albums. Amongst the most collectable are the three he recorded in the UK in the 70s.  Best of the trio is accepted as ‘One More Love Song’ which was recorded in 1978. It’s a ten track collection of classy pop and soul songs delivered in a late night, sophisticated jazz lounge setting. Cole’s then mentor, Martin Basart, spared no expense with the recording – using a mighty 52 piece orchestra and 6 backing vocalists creating a lush, sophisticated  sound. Standout cut is the LP’s title track. ‘One More Love Song’ was written by one time Motown staffer William “Mickey” Stevenson.  A cover of Bill Wither’s ‘Hello Like Before’ shows that Cole was a real soul and jazz contender.