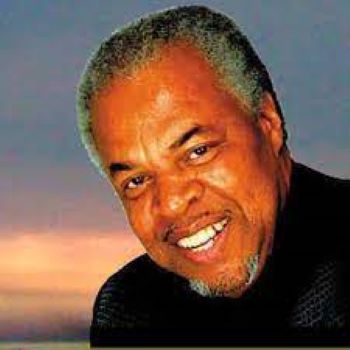 Rather belatedly, we report the death at age 79 of revered soul man, FEDDIE HUGHES. The news is just now being filtered out via US sources who are reporting that Freddie died last Tuesday, 18th January in Kaiser, Oakland, His son Derick Hughes, a former Tower of Power vocalist, said his father died  from leukaemia and COVID-19 complications.

It’s important to remember that this “Freddie” Hughes isn’t the “Fred” Hughes famed for his ‘Ooo Wee Baby’ and other Vee-Jay and Brunswick recordings.

Freddie Hughes was born on August  20th  1943 and raised in Oakland’s segregated Harbor Homes housing project, Hughes had four siblings and his father, a docker, was also a pastor who helped found Oakland’s Good Samaritan Church of God in Christ, and his mother Lola Mae Anderson was a singer and missionary. It was natural therefore that young Freddie would start singing in church. Indeed in his first choir he worked with Edwin Hawkins.

In the late 50s, he joined a group, the Markeets who signed a record deal with Compton-based Melotone Records. Membership of other groups followed  – notably the Four Rivers which eventually became in-house backing vocalists for the Music City label. Eventually Hughes teamed up with group member Ken Pleasants as the Music City Soul Brothers whose 1965 Impressions-flavoured single ‘Let Our Love Go On’ is now highly collectable.

Hughes scored his first solo hit with 1968’s ‘Send My Baby Back’ on Wee Records and then via Scepter. The song was his only real success and though in the UK and Europe he was held in great regard with his original 45s commanding big prices, back home, in Oakland, he seemed happy to work the local clubs and bars

Back in 2010, UK label Ace/Kent issued a wonderful 24 track Freddie Hughes retrospective named for the singer’s best known song, ‘Send My Baby Back’. The album proves conclusively that Freddie Hughes was a real soul contender – witness his wonderful versions of Aretha’s renamed ‘Natural Man’ and the Temptations ‘You’re My Everything’, his classic ‘Got To Keep My Bluff In’ and the aforementioned Impressions pastiche ‘Let Our Love Go On’.