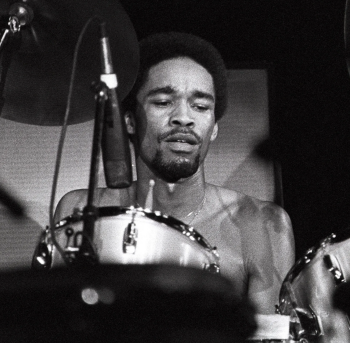 Born Frederick Eugene Adams in 1955, he was Maurice White’s half-brother and brother to Verdine White. Today Verdine posted: “Our family is saddened today. With the loss of an amazing and talented family member, Our beloved brother Frederick Eugene “Freddie” White.  He joins our brothers Maurice, Monte and Ronald in heaven and is now drumming with the angels!  Child protégé, member of the EWF ORIGINAL 9, with gold records at the young age of 16 years old! He was brother number 4 in the family line-up. But more than that at home and beyond he was the wonderful bro that was always entertaining and delightfully mischievous! And we could always count on him to make a seemingly bad situation more light hearted!  He will live in our hearts forever, rest in power beloved Freddie!! We thank you all for your love, blessings and support at this time. Soar high baby bro, we love you to the shining and back!”

A Chicago native, Fred was a well-known drummer in his native city playing on albums for Donny Hathaway and Willie Hutch before joining his brothers in EWF just prior to their recording of the album ‘That’s The Way of The World’. He stayed with the band for over ten years but also continued to play high profile sessions.

Along with other members of EWF, Fred was inducted into the Rock and Roll Hall Of Fame in 2000.