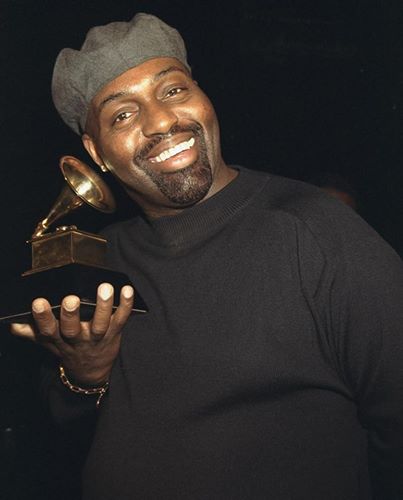 FRANKIE KNUCKLES, dubbed “the Godfather of House” has died. He was 59. His sudden death was reported on Twitter by long time colleague David Morales: “I am devastated to write that my dear friend Frankie Knuckles has passed away today. Can’t write anymore than this at the moment. I’m sorry.” Knuckles’ long-time business partner, Frederick Dunson, told The Chicago Tribune he had “died unexpectedly this afternoon at home”. (Monday 31st March). No reason for his death has been given but it was known that Knuckles suffered from Type 2 diabetes.

Knuckles was born Francis Nicholls in the Bronx but made his musical name in Chicago in the 80s with his pioneering work in dance music. He came to the Windy City in the late 70s after gaining DJ experience in New York working with people like Larry Levan. He became the resident spinner at Chicago’s seminal Warehouse club before moving on to his own club, The Power Plant. In 1987 Frankie moved to the UK but once back in the States his production and mixing work were soon in huge demand – his work with David Morales at Def Mix made him one of the biggest names on the house scene.

His first proper album was released in 1991 – ‘Beyond The Mix’. From it the single ‘The Whistle Song’ became a dance-floor hit while his mixes of Lisa Stansfield’s ‘Change’ and Alison Limerick’s ‘Where Love Lives’ consolidated his position as the remixer par excellence. Through the 90s he was allowed to work on tracks by some of soul’s biggest names –Luther Vandross and Michael Jackson amongst them at the same time he maintained his own releases which included 2004’s ‘A New Reality’. One of his greatest accolades was having his music used in the computer game ‘Grand Theft Auto’ and in 2005 he was inducted into the Dance Music Hall Of Fame.

Tributes to Knuckles have proliferated on the internet. BBC Radio 1’s Pete Tong was among those paying tribute to the star on Twitter, writing: “RIP gentleman genius, groundbreaker, inspiration. Blessed to have worked with you.” “I can’t begin to count the ways he influenced me but I will never forget,” added house DJ Roger Sanchez. “Frankie Knuckles was so under-appreciated,” added Questlove, leader of The Roots. “He was the DJ that DJs aspired to be.”