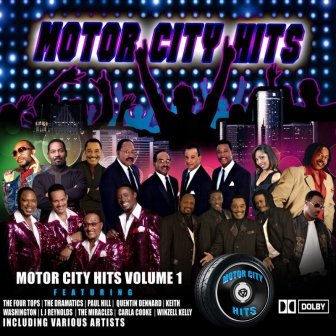 The fab 4 TOPS are up there with the greatest soul groups of all time – a reputation based on their garlanded Motown career and subsequent tenure at ABC/Dunhill.

Despite loosing Levi Stubbs, Obie Benson, and Lawrence Payton, original member Duke Fakir has worked tirelessly to keep the group’s name up there – touring and occasionally recording. One of those recordings ‘East West’ (recorded for Jenny Jenny Records in the mid 2000s) was acclaimed by fans but seemed to slip under most soul radars. A gentle ballad, featuring “new” members Ronnie McNeir and former Temptation Theo Peoples, it deserved to be heard by more fans.

Well now they have the chance… it’s the feature song on a compilation called ‘Motor City Hits’ – first released in 2011, but now being repromoted. Most of the cuts are Motown covers by people like LJ Reynolds and Paul Hill but the Tops’ tune really stands out – confusingly the song’s been renamed ‘Miles Away’ but it still sounds good.