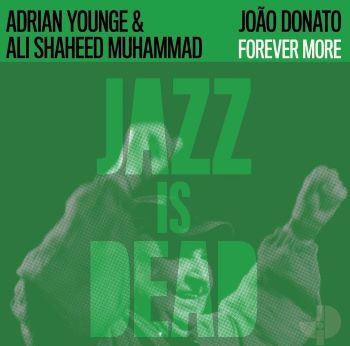 Brazilian pianist JOÃO DONATO is acclaimed in his own country – there, his name is right up there with legends like Antonio Carlos Jobim and João Gilberto. Outside of Brazil he’ s maybe not that well-known and his fans will  say that it’s because  his music defies genre. His constant experimentation  makes him a challenge to classify and perhaps that’s held him back from becoming a household name. He says about his own music:  “It’s my style, the way I think about [music]. I don’t even think about it, it’s just the way I do things. I don’t know if it even has a name.” Despite that modesty, Jobim called Donato a genius while Gilberto claims that it was Donato who invented the bossa nova.

Now aged 80, João Donato is as prolific as ever and is gearing up to release a new album… ‘Joāo Donato JID007’ to be released in June via Jazz Is Dead Records. In the meantime, to capture the essence  of his music, the LP’s first single has just been released. It’s the shifting, rhythmic ‘Forever More’ which features vocalist Loren Oden who channels a Jon Lucien vibe…a great augury for the album.