FOR THE LADY IN MY LIFE… 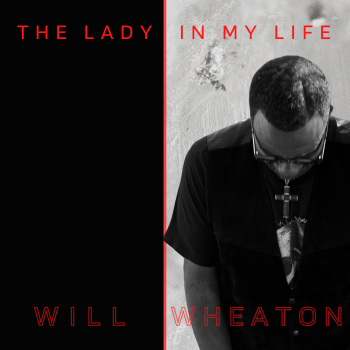 Mississippi-born, Los Angeles-raised soul man WILL WHEATON has something of a cult reputation. That reputation started in 2005 when he released the still lovely ‘Old School Soul’  – a trip down memory lane, so beloved of the modern soul crowd. Fast forward to 2017 and we all enjoyed his Latin-tinged dancer, ‘How Do You Do (The Things You Do)’, a duet with Bridgette Bryant. In  between those and since, not  a lot really – Will’s busy songwriting and he’s also an in-demand backing singer and sessioneer.

So, great to have a new Wheaton single to investigate and, oddly, given the man’s song writing prowess, it’s a cover – a cover of a very well-known song, Rod Temperton’s ‘ ‘The Lady In My Life’, immortalised , of course, by MJ on ‘Thriller’. No explanation as to why Will has chosen to record it – he clearly loves the song and it was never released as a Jackson single so maybe now’s the time to resurrect it.

You won’t be surprised to learn that  Mr W does a great job and doesn’t stray too far  from the original. The spoken word  section adds interest and you can file this alongside your tunes by people like Will Downing, Luther Vandross and even Isaac Hayes! Out now!