FOR CRYING OUT LOUD…. 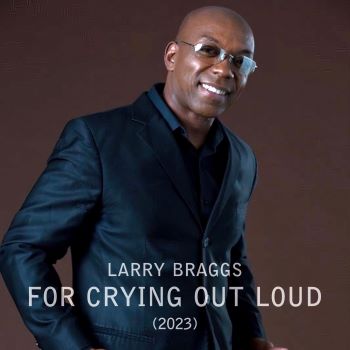 LARRY BRAGGS is a name known to the soul cognoscenti. His reputation stems from his 14 year tenure with Tower Of Power and a stint with the Temptations. He’s also worked with people like David Sanborn, Bob James Marcus Miller, The Winans and George Duke.

Sadly his solo recordings  are far too few but in 2005 he released a wonderful album, ‘Places’ that’s revered by collectors. One of the key tracks was the brash, soulful, big hitting ‘For Cryin’ Out Loud’. Now an in-demand item, Larry’s people have had the track cleaned up, re-mastered and generally funkified for release on January 27th. It’s proper old school soul and features sideman and backing vocalists of the calibre of Roger Smith, David Garibaldi, Mic Gillette, Skip Mesquite, Tony Lindsay (former Santana lead vocalist), Bobby Vega and Eddie M. on saxophone, so you know we’re talking soul quality.