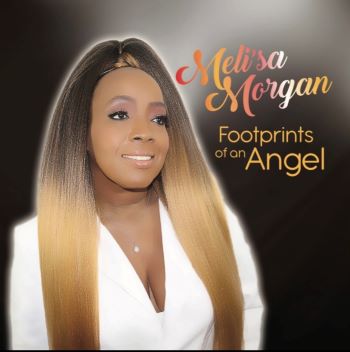 Been a while since we’ve had new music from MELI’SA MORGAN. She charmed us way back in 1985(!) with ‘Do Me Baby’ and since then she’s  released plenty of quality, sophisticated soul (remember ‘Fool’s Paradise’?) but, like we said, in the past few years – not a lot!

Well this very day, Friday 15th April Ms M releases a very tasty new single, ‘Footprints Of An Angel’. Meli’sa wrote the song with her fiancé Robert S Toy (aka Sebastian Commas) and it is a lovely, smooth, sophisticated soul ballad and Meli’sa has lost none of the emotive soulfulness she’s always offered. The song deals with the poignant situation of losing someone rather special but, optimistically, suggests the positivity of remembrance. The music matches that sentiment perfectly and the icing on this cake is the sampling of the Motown classic ‘Ain’t Nothing Like The Real Thing’. It adds real power to the production and Meli’sa uses the sample with the full approval of song co-writer Valerie Simpson.