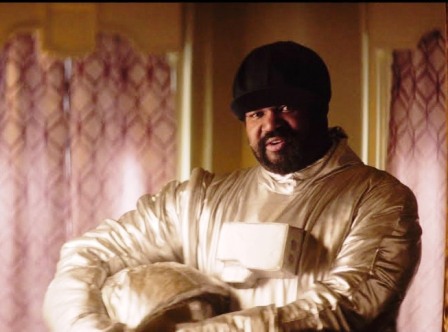 Though GREGORY PORTER’S new album, ‘All Rise’ was good to go back in February, for obvious reasons, its release was put back several times. Now GP’s people tell us that the long player will definitely be released on August 28th via Blue Note.

And with great timing  (guaranteeing plenty of publicity) his team have also told us that Gregory has been chosen by NASA to perform at the launch on July 30th of America’s Mars 2020 Perseverance Rover Mission. Live from his California home, he’ll perform a version of ‘America The Beautiful’ on launch day. We believe that the singer is the first recording artist to perform for a Mars rocket launch.

Again, with perfect timing, Blue Note is releasing a new Porter single… and one with a kind of space theme. ‘Concorde’ is the opening track on ‘All Rise’ and it’s full of flight imagery like “slicing through the stratosphere at twice the speed of sound” and it’s a beautiful tie-in with the space launch and a reflection, we’re told, of Porter’s obsession with flight.

Watch out for a full review of ‘All Rise’ very soon.