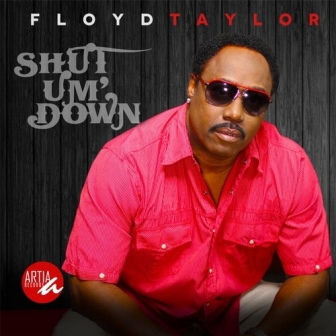 US Blues news sources are carrying the story that FLOYD TAYLOR died on Thursday 20th February. He was aged 60. His younger brother TJ Hooker Taylor said “He died pretty much the way my dad died: a heart attack at the age of 60.” “Dad” of course was soul legend Johnnie Taylor who died of a heart attack aged just 66.

Floyd Taylor was born in Chicago in 1954 to Mildred Singletary and Johnnie Taylor who was then an itinerant Gospel singer. As a young man, Floyd was determined to pursue a music career and in 1973 he formed a group called The Peace Band. He then spent some time in his father’s road band before signing a solo deal with Malaco Records where he released two albums. He then worked for CDS Records and Arita Records for whom he cut his last long player ‘Shut ‘Um Down’ which featured a passable cover of his father’s ‘What About My Love’. In 1998 he was voted “Entertainer Of The Year” by the Chicago Blues Society”.