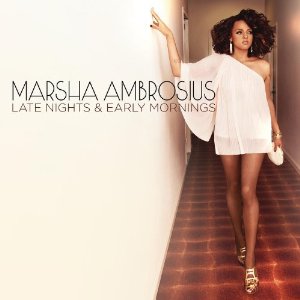 Formerly one-half of the neo-soul duo Floetry, singer/songwriter MARSHA AMBROSIUS makes her long-awaited solo debut with an album ‘Late Nights & Early Mornings’ released on February 28th on J Records via Sony Music. Produced by the 33-year-old Liverpool-born singer alongside co-producers Peter Edge, Trevor Jerideau and J. Erving, the set features 13 songs, including the single ‘Hope She Cheats On You (With A Basketball Player)’ and a remix of ‘Butterflies,’ the track Ambrosius wrote with Andre Harris for Michael Jackson. Pick of the album for us at SJF is ‘I Want You To Stay,’ a glistening mid-tempo beat ballad.