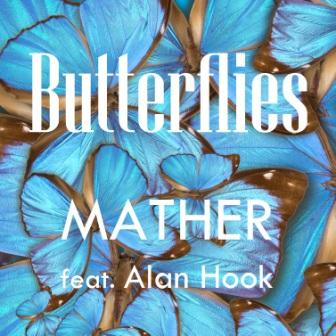 MATHER & KINGDON (Stuart Mather and Chris Kingdon) won lots of friends in the modern soul community with their 2015 LP ‘Life’s So Sweet’. Sources tell us there’s a follow-up on the way but the duo are also pursuing solo endeavours.

Earlier this year Stuart Mather as “Mather” released the quite lovely pop/soul, harmonic single ‘This Is Serious’ which he now follows up with the equally gentle, insinuating ‘Butterflies’ . ‘Butterflies’ is tad faster but no one would call it frantic. It’s proper grown up music and like ‘Serious’ it features some lovely sax work from Alan hook