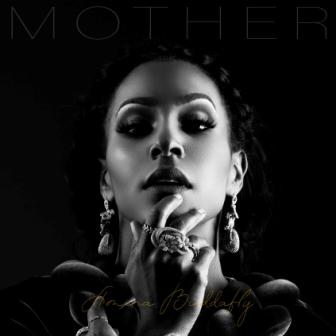 ‘Mother’ is the latest album from the wonderfully named AMINA BUDDAFLY . Ms B says the long player reflects “anyone who has overcome heartbreak and it is meant to be inspiring to those going through it.” Indeed the 12 tracker is both introspective and , in places, optimistic.

All the songs were written by Amina and she is the main producer with extra input from Mike City. Between them ,they’ve conjured up an intimate, folksy flavour with many of the tracks supported by acoustic instrumentation. The album’s focus cut is the piano-led title cut – which sets out to be an anthem for mothers, while the lead single, ‘Love Of My Life’ speaks of the struggles mothers often go through – some everyday of their lives. To these ears “the single in waiting” is the gentle beater ‘My Next Guy’ … worth investigating by those who prefer a sedater kind of modern soul