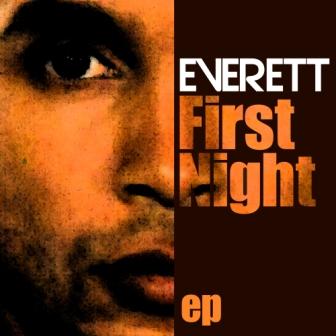 London soul man EVERETT launches his 2017 campaign with a tasty four track EP, named for the catchy modern soul beater that is ‘First Night’. It’s a brand new song but was inspired by the rare groove scene that Everett grew up with. The tune is already winning favour with the more discerning modern soul jocks and promised radio plays will ensure ‘Firs Night’ becomes an early 2017 anthem.

The other tracks on the EP are the sultry ‘Cool This Out’, the gentle ‘Closer’ and the energized ‘Break The Rules’ but it’s going to be ‘First Night’ that grabs all the attention!

By the way, if Everett’s voice sounds familiar, you probably remember him from 90s street soul band Syndicate who enjoyed some UK success and also worked with people like Shola Ama, Jamelia, Lemar and Damage.