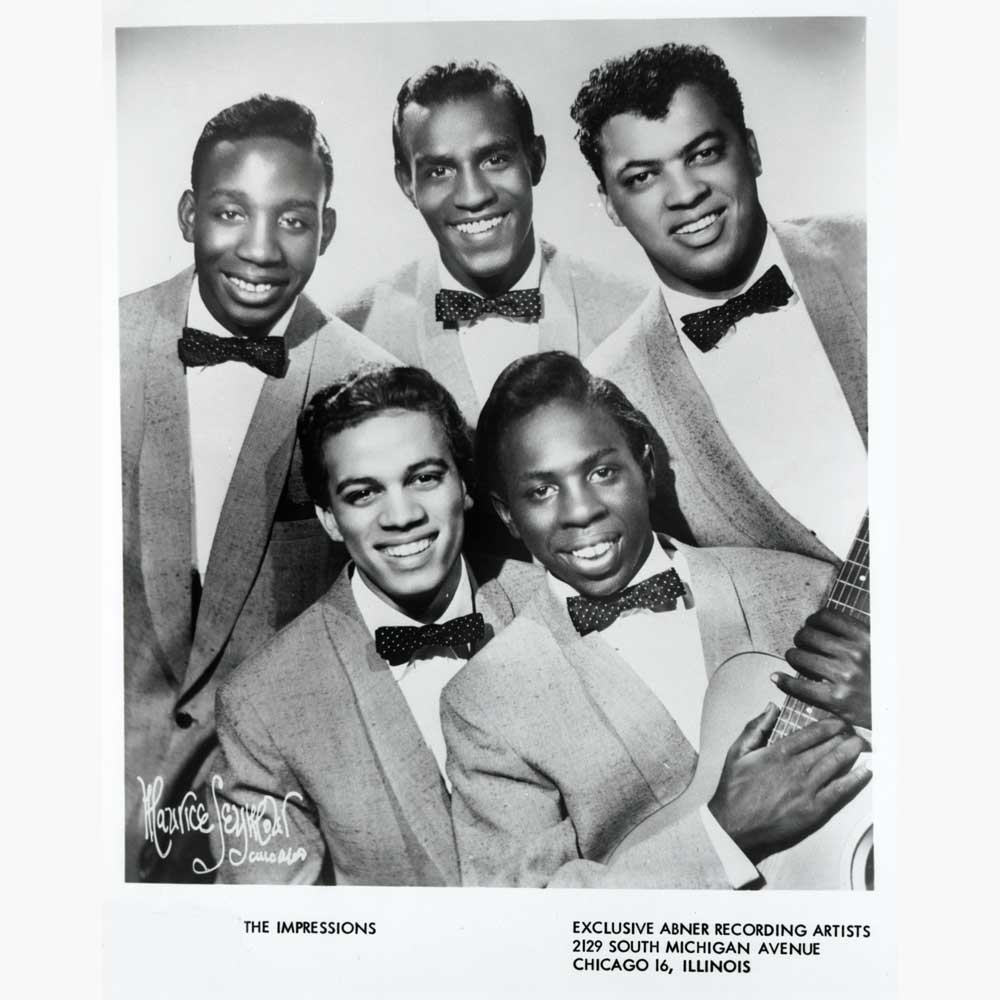 The name RICHARD BROOKS might not be that well-known even in esoteric soul circles. But Richard was a founder member of one of soul’s most iconic groups and he penned and sung on one of soul music’s most enduring and influential hits.

The group were talking about, of course, is the Impressions and the song, the mighty ‘For Your Precious Love’. Chattanooga’s Richard and his brother Arthur founded the Impressions in 1957 with Jerry Butler and a young guitarist called Curtis Mayfield. The team wrote and recorded the gospel tinged ‘For Your Precious Love’ for Chicago’s Abner label, which, when distributed by Vee Jay, became a massive hit – and a template for much of the great soul balladry that was to follow.

When the hits dried up and just before recording ‘It’s All Right’, the Brooks brothers quit the Impressions and moved to Detroit where they worked the local circuit as a duo, even going out as The Impressions themselves.

Fast forward now to  and 2009 Richard Brooks formed a music production company for which he recorded his own album ‘I Am Black’. Sadly it was never released. Then on a record scouting trip to Chattanooga, Malayka Erpen of Soul Junction Records casually asked her taxi driver if he knew any local soul talent. The driver pointed her towards our old friend Richard Brooks who let her have a copy of his unreleased album and it’s from that LP that Soul Junction have just released a quite remarkable 7″ on Richard.

The putative A side is the wonderful ‘I’ll Do Anything To Make You Happy’ – a rolling groove that will recall the very best of the Impressions. Richard’s voice has the flavour and feel of Curtis Mayfield and the harmonies and brass could have been crafted by Johnny Pate. The B-side – ‘With All My Heart’ – is even more Impressions flavoured ; a remarkable throwback and a fabulous tribute to soul’s premier group. Now what about that album?