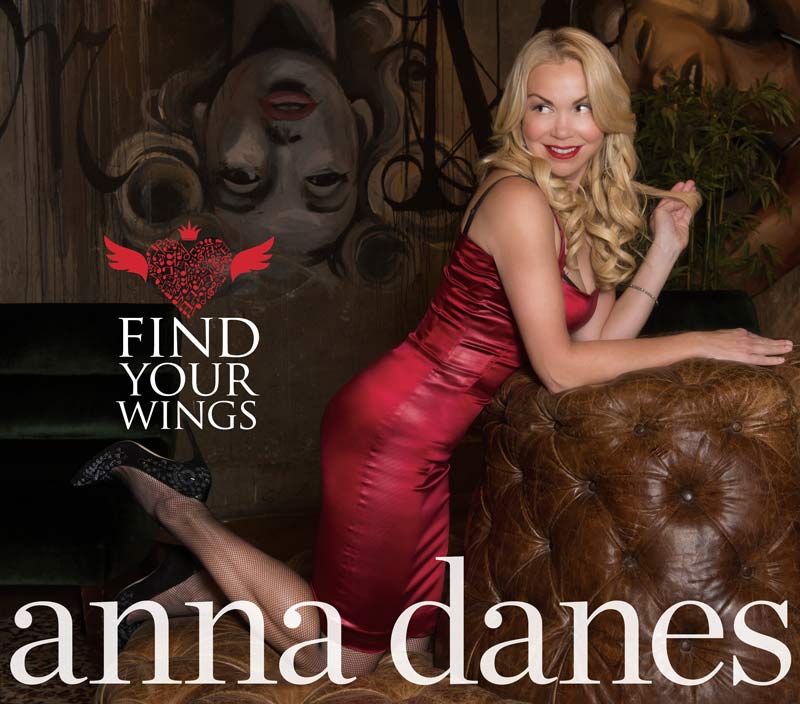 Polish born jazz singer ANNA DANES came into music via a complex route. In 1979 her family moved from Poland to Sweden before finally settling in Canada where, like many youngsters, she found her voice in the local church choir. Then that seemed to be that. A career in law and a family beckoned. Then in 2013 her daughter refused to go to a paid for singing lesson. So rather than waste the appointment, mum went to the class and thus a singing career was born!

She released her debut album, ‘Longing’, that very year and soon became a mainstay on the San Diego music scene, a town Anna now calls home. She’s just released her latest album, a 12 tracker called ‘Find Your wings’ but, sadly, as the album was launched Ms Danes was diagnosed with breast cancer. However Anna, ever-positive, decided to carry on with promoting the album. After all, the LP’s main themes are optimistic and positive and to help her through she simultaneously launched her own motivational blog.

Given the circumstances, key track on the album is obviously the title song which Anna describes as metaphor of breaking free of whatever is holding you back. Musically it’s gentle and soothing and if it reminds you of those classic albums by Tony Bennett and Bill Evans, that’s no coincidence. That sparse, yet immensely emotional sound is exactly what Anna and producer Dave Darling were aiming for.

Recorded in Capitol’s iconic LA Studio B and with simple backing from pianist Rich Rutenberg, drummer John Ferraro and bassist Trey Henry, ‘Find Your Wings’ is a mix of Danes’ originals and standards of which Michel Legrand’s ‘I Will Wait For You’, a medley of ‘Cry Me A River’/ ‘I Wanna Be Around’ and a duet version of Rosetta Tharpe’s ‘That’s All’ are standouts. Amongst the originals is a jazzy, lazy ‘See You In L.A.’ (shades of Joni Mitchell) and a haunting, unaccompanied ‘I Love You’ which brings proceedings to an end.

ANNA DANES’ Find Your Wings is out now on DLG Records