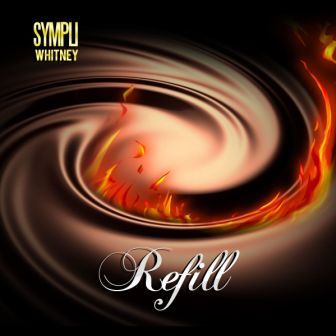 SYMPLI WHITNEY is the soul singing alter ego of Whitney Marshall who hails from Springfield Massachusetts. She cut her musical teeth fronting a band called The Big Bang but she put that career on hold when she joined the Army! Invalided out with an honourable discharge in 2006, she worked for an MBA in healthcare administration while performing with local bands. Then in November 2012 she struck out as Sympli Whitney and after starring in BET’s Apollo Live talent show she’s debuted with the album ‘Ryze Of The Phoenix’.

That was back in 2016 and several singles and remixes have kept Sympli’s name out there. This week, though, she’s released a new album – ‘Refill’. The concise 8 tracker sees her continuing where she left off; that’s to say offering her own passionate take on the modern/neo-soul genre.

The track that’s currently winning the plaudits is the sombre groove that is ‘Echoes’. There are two mixes of it on the album. We prefer the passionate original; the remix beefs it up and is amied at the dance floor. Take your pick!