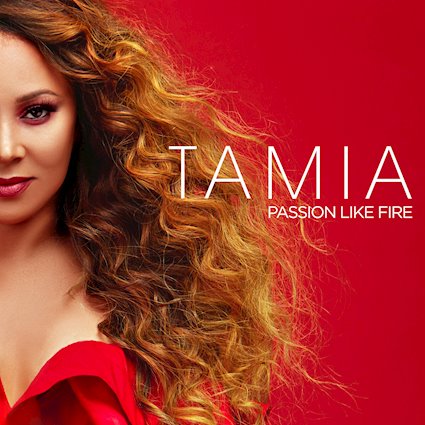 Back in May we were told that there was a new TAMIA album on the way. The news came via a fab single ‘Leave It Smokin” which has lingered over the summer in a number of mixes – none of which, by common consent, matched the beauty of the Salaam Remi-produced original.

At long last the parent album, ‘Passion Like Fire’, is with us and the 12 tracker offers plenty more sweet and lovely down time grooves like ‘Smokin”. Apart from Remi, this new collection has production input from several others – Lil Ronnie, Grammy Award winner Shep Crawford and Andres Torres who worked on the LP’s big set piece, dramatic ballad ‘Deeper’.

As we’ve mentioned the album’s overall mood is slow and slinky – Ms T even makes a pitch at the wedding song market with ‘Today I Do’ but if you want to try something really laid-back go to the Sade flavoured ‘Better’.

The only time the beats lift themselves above the parapet is on ‘When The Sun’ – but it’s hardly frantic. ‘Leave Ir Smokin” is still the album standout.

Twenty years after her solo album debut Tamia says: “I really wanted the music and its melodies here to speak first. I just started writing and then recorded the songs that felt good and spoke to me. I never have a particular focus when I’m creating an album other than one thing—that I just love love.” And if you “love love” you may want to investigate.