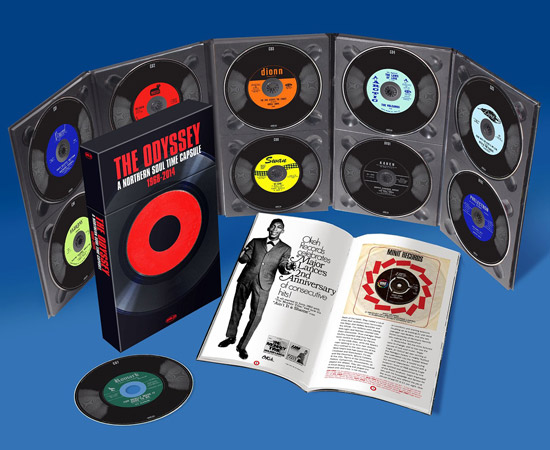 Soul fans are usually poorly served by the festival season, but those with a penchant for mud, wellies, overflowing toilets and over-priced hot dogs need to know that NILE RODGERS will be bringing a new CHIC line up to the famous Festival No. 6 – which takes place at the lovely North Wales village resort of Portmeirion over the weekend of 13th – 15th September.

Amongst others appearing are songstress LIANNE LA HAVAS, lyrical virtuoso TRICKY, and the lovely LAURA MVULA. The DJ line-up has also expanded to welcome DADDY G and WILL SERGENT of ECHO & THE BUNNYMEN.

Music is just one part of Festival No.6. During the festival the village and the surrounding woods will host a unique series of inspiring venues offering intimate talks, debates, film screenings, comedy, art trails through the woods, pop up theatre and much more. So far Punk poet JOHN COOPER CLARKE, award-winning novelist CAITLIN MORAN, author and Review Show critic PAUL MORLEY and Man Booker Prize winner DBC PIERRE, amongst others, have already been added to the arts and culture line-up.

Other cultural highlights include talks and readings from TRACEY THORN (EVERYTHING BUT THE GIRL), BOB STANLEY (SAINT ETIENNE) and MICHAEL SMITH (The Culture Show) as well as the return of travel writer JAN MORRIS, one of the highlights of last year’s No.6.

Portmeirion is a truly unique place. A stones’ throw from Porthmadoc, it was created by architect CLOUGH WILLIAMS-ELLIS between 1925 and 1976 and it reflects his love for Italy. The village is an amalgam of picturesque Italian architectural styles and it tumbles down to the sea in a picture post card way. Most famously it was the setting for the legendary TV series, ‘The Prisoner’.

NILE RODGERS says: “I’ve never been to Portmeirion but it looks like a truly magical place. CHIC always love to play somewhere unique and special, especially if we’ve never played there before, so we’re really looking forward to Festival No.6. It’s another big year for CHIC and myself, with my collaboration with DAFT PUNK and lots of other exciting things planned, and Festival No.6 looks like being one of the highlights. We’re looking forward to showing Portmeirion that there ain’t no party like a disco party!”

For tickets and info visit: www.festivalnumber6.com