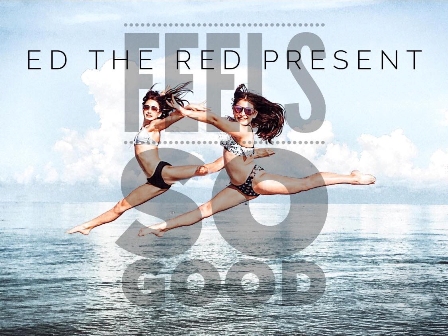 Been a few months since we heard any new music from ED THE RED (Edward Goltsman). There was a time last year when his releases were frequent and frenzied. However, he’s back with another huge slab of energy…. ‘Feels So Good’. In its  “disco” mix it fair zips along recalling the whole glitter ball scene in its lengthy 8 minute plus edit. The “step up to soul” mix is a little less frantic…. only a little. Like the disco mix, it hits hard and both feature a feisty and frenzied vocal from an unnamed (on my copy at least) femme vocalist. It’s out May 22nd on Ed’s own Bottom Line Records.